We took a trip up to the Lagunitas factory in #Petaluma. Here is a shot of the entrance: 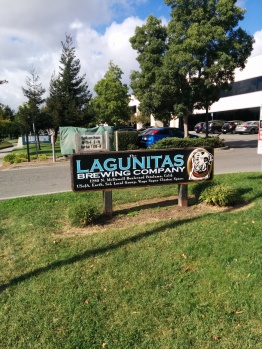 These are the Lagunitas cows. They own this patch of land and the cows on it, and apparently the workers can buy the meat if they wish. 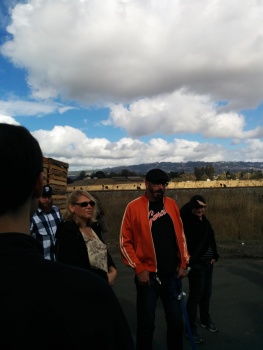 Here is a shot inside the factory. They have a similar setup in Chicago, though that one is much larger as that factory serves more of the country. The process involves shooting the wort through a centrifuge so that the solids fall in the center, while the liquids can be extracted from the sides. This process lets them push out ales in as little as 5 days, and lagers in 30 days. 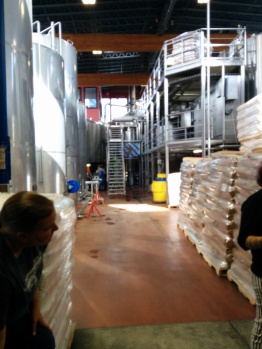 For good measure, here is a shot outside the factory. 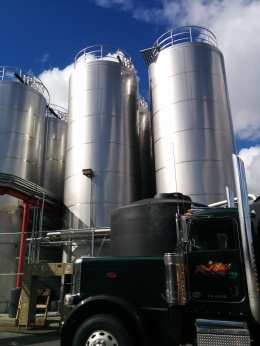 For the actual tasting, we got to try their Pilsner, Copper Red Ale (they didn’t have the Censored that day), Pale Ale, IPA, and Couch Trippin Fusion (another IPA). We also got to try Lagunitas Sucks.

Lagunitas emphasized that they don’t brew to style, so most of their beers aren’t like what you would expect. We got to hear stories behind some of the names, such as why “The Kronik” became known as “Censored” and where the “Sucks” label came from.

Answers: The Kronik was seen as a drug reference by the government and was rejected, but the retort name “Censored” was accepted. If you look behind the label, every year the censored tag gets smaller, so you can see the original “Kronik” name more. The “Sucks” label was a makeshift beer when one year Lagunitas couldn’t meet demand for their winter seasonal “Brown Shugga'” and in self-deprecating fashion, came up with this replacement with a name that both poked fun at themselves and showed their love for the band Primus. 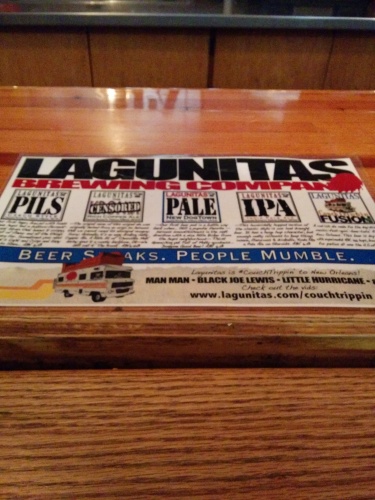 The founder of Lagunitas, Tony Magee, was originally a homebrewer. He started the craft because he was spending so much on beer, that his brother got him a kit with the goal of him saving money on beer. Unfortunately homebrewing is actually far more expensive, but he did not know that at the time. This is a shot of the employee lounge that tries to showcase some of that original love for craft beer. 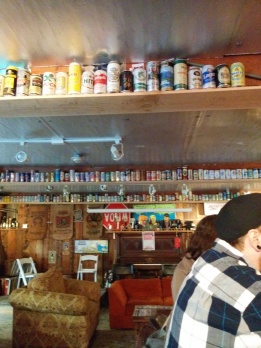